Honestly, I would say that my best quality is my smile. Nothing about my eyes, cheeks, face… just my smile. I’ve always liked my teeth. Even at a young age I can recall saying to myself, “Those are some nice choppers you got there.” I chipped a tooth once (which is a separate story altogether) and recall the dentist asking if I wanted it filed. I told him no, I liked the appeal of the imperfection. I probably should have had him do it, I mean who listens to a 9 year old boy? Really? All in all I’ve maintained a pretty good dental routine. I won’t get into my most recent terrifying visit to the ‘Chair of Death’, I’ll save that for another story.

Maybe though, my smile could be attributed to something else. Could it be all the diary I consumed as a kid? Perhaps that kept my teeth in such good condition? It was really a lot; I used to drink milk like a was a baby cow. Milk did not last long in our house… sorry mom. Now-a-days, I’m an almond milk kind of guy, but I still love cheese. I think that in an alternate universe I must be a cheese connoisseur who sits at tables, sampling tasty cheeses and delighting in the process. Pass the brie fool! I went to a function back in December, it was pretty informative but I came home talking about the cheese 🙂 So imagine my dismay when I learned yesterday that Kraft® Singles… sniff, wait. . . Sigh, Kraft® Singles, is not real cheese!

By the FDA’s standards, Kraft isn’t permitted to refer to Singles as “cheese” because this word indicates that a product is made with at least 51 percent real cheese. This is why the label reads “pasteurized prepared cheese product.”

How could they do this!? Less than 51% real cheese? So what’s in it!? What have I been eating all this time?!Sigh.

It certainly has me thinking though, what things are we eating that is not what we believe it to be? I recently watched a short documentary on how companies play on words and  labels in their marketing, in order to get people to buy what they’re selling (both in mind and money). I guess this is a really good example of that. This whole time we… I have been happily eating this STUFF, all the while ignorant to the fact that it was never cheese in the first place.

Something to truly think about is, will this cause me to change anything about myself? Will I change my spending/buying habits now that I have this extra piece of information? Will I pay more attention to the labels (something I probably should do anyways) of products that I buy?

What have you been duped into buying? 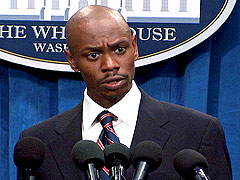 A sidelong glance expressing disapproval or contempt: after we complained of being ignored she kept giving me the side-eye she casts a side-eye and nods dubiously

Recently, at work one of the supervisors came over to talk to some of my coworkers. Everything was fine, until someone asked a question. The supervisor snapped, “Just do what I told you! Don’t worry about it!” The tone of her voice got my attention, everyone in the room fell silent. I looked from side to side, no one else moved; it must be how they communicate; I’m new here, maybe it wasn’t that bad. The employee asked the question in a different way, obviously not understanding and genuinely seeking clarity so as not to face the issue again. The supervisor snapped again, “What about ‘don’t worry about it’ do you not understand? The ‘don’t’, ‘worry’, ‘about’ or the ‘it’!” Then came my side-eye. That was strange. A few moments later someone asked a different question, relevant to the work and the supervisor’s response was… “Shhhhhh!!!”

Wait a minute… Did they just shush an adult? A grown person? Awww hell naw!!!! What is wrong with people these days?

So there are 54 Republican Senators, 44 Democrats and 2 Independents in government. 47 of those God bless ‘Merica loving folks signed a letter penned by Senator Tom Cotton. I had thought he sent out a statement that garnered some support. I found out that it was an entire letter:

It has come to our attention while observing your nuclear negotiations with our government that you may not fully understand our constitutional system. Thus, we are writing to bring to your attention two features of our Constitution—the power to make binding international agreements and the different character of federal offices—which you should seriously consider as negotiations progress.

First, under our Constitution, while the president negotiates international agreements, Congress plays the significant role of ratifying them. In the case of a treaty, the Senate must ratify it by a two-thirds vote. A so-called congressional-executive agreement requires a majority vote in both the House and the Senate (which, because of procedural rules, effectively means a three-fifths vote in the Senate). Anything not approved by Congress is a mere executive agreement.

Second, the offices of our Constitution have different characteristics. For example, the president may serve only two 4-year terms, whereas senators may serve an unlimited number of 6-year terms. As applied today, for instance, President Obama will leave office in January 2017, while most of us will remain in office well beyond then—perhaps decades.

What these two constitutional provisions mean is that we will consider any agreement regarding your nuclear-weapons program that is not approved by the Congress as nothing more than an executive agreement between President Obama and Ayatollah Khamenei. The next president could revoke such an executive agreement with the stroke of a pen and future Congresses could modify the terms of the agreement at any time.

We hope this letter enriches your knowledge of our constitutional system and promotes mutual understanding and clarity as nuclear negotiations progress.

In other words,”F@#& your couch!” Okay, I added the GIF. Howevef, if that is not a FYC moment… I don’t know what is. I’d like to think that I’m someone who has some culture… at times. Don’t let the degrees fool you; I can still recognize fighting words when I see them. The sad part is that the Senator(s) are looking to start the kind of fight that Obama has been trying to avoid, war with Iran. Not all Republicans joined the crowd chanting, “Fight, fight, fight!” However, there weren’t enough who walked away that made Cotton question what he had done. He actually got a boost from some of the more… Republican, Republicans like Bobby Jindhal.

Cotton pretty much insulted The President, The Office of The President, the American Government, the country as a whole and Iran. But C’MON SON! Your President? A grown man? Another Adult? And why on earth would you disrespect the dude POTUS is trying NOT to fight??? In other words they are trying to play Obama like he’s a punk. I could only imagine The President’s face when he saw/heard about this, it was probably a look only Arnold would make.

What is wrong with these people? I feel like Tom Cotton came in, bossed up after his 65 days in office and told Obama to ‘Shhhhh!’ and to the negotiation process he said, “Don’t worry about it!” I just know, somewhere in the White House there were some aides startled by a loud, “Awww hell naw!!!!,” not able to locate its origination; it had to be Obama.

How can people present themselves so disrespectfully and then believe that they are in the right or have done no wrong? What adult tells another adult to ‘shhhhh’ in a room full of other adults and what respectable office holder disrespects the POTUS, It’s office and their country. They must be crazy.

I’m gonna rate Tom Cotton ‘5 Arnolds’ for this one:

So when someone pulls a FYC on you, how do you handle it?

In the words of Cee-Lo:

I must be strange, is that why all of these strangers like talking to me?

I get it. People are weird. What we find normal someone else might give you the side eye for. For

example, a couple of weeks ago while the new Secretary of Defense, Ashton Carter was being sworn in, Vice-Motha-Loving-President Biden lost his mind! While dude was on stage giving his speech, the VP was seen standing behind his wife (Carter’s), with his hands on her shoulders and then he leans in to whisper in her ear. Man!!!! It brought back memories of when Biden was photographed in a very similar situation.

I get it, everybody is weird and there is no such thing as normal. One man’s milk shake is another man’s french fry dip. C’mon son… You know you dip your fries. However, there are times when things go from weird to strange. 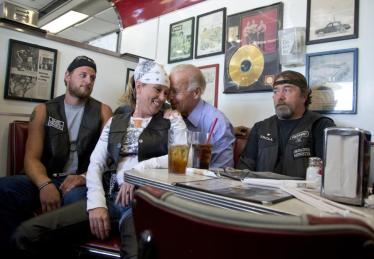 While visiting a church last week, a lady came to greet me. She started with the normal formalities, “Hi how are you… What’s your name… My name is…”. However, after that it got strange; when I extended my hand to shake hers, I suddenly felt like I would never see it again. She gripped my hand with one of hers and gripped my forearm with the other. I intentionally use the word grip, because that is exactly what she was doing. Her grip tightened and released over and over up and down my arm. As if she were attempting to assess which part of my arm she was going to pick out for the butcher.

My eyes widened and I could feel myself pulling away from her. . . but she wouldn’t let go. A couple moments more and my fight or flight senses were likely to turn on. She finally let go. She didn’t leave though without promising to return later to give me  a hug. My friends and family all thought it was funny. It wasn’t funny! It awkard, it wasn’t weird, it was down right strange. For pulling a Biden move like that…

When she came back, she got the side eye.

What is it that people do/have done so strange they got the side eye from you?